Actions of the House of Indians in the village village Guarani and Kaiowá Mato Grosso do Sul.
Recycling contest - We collect more than 3 tons of PET plastic and 1tonelada of aluminum.
We rebuild next to the residents and local prefecture, two dams that provide food for the village.
We planted more than 2,000 trees and opened 42 fronts of family agriculture. 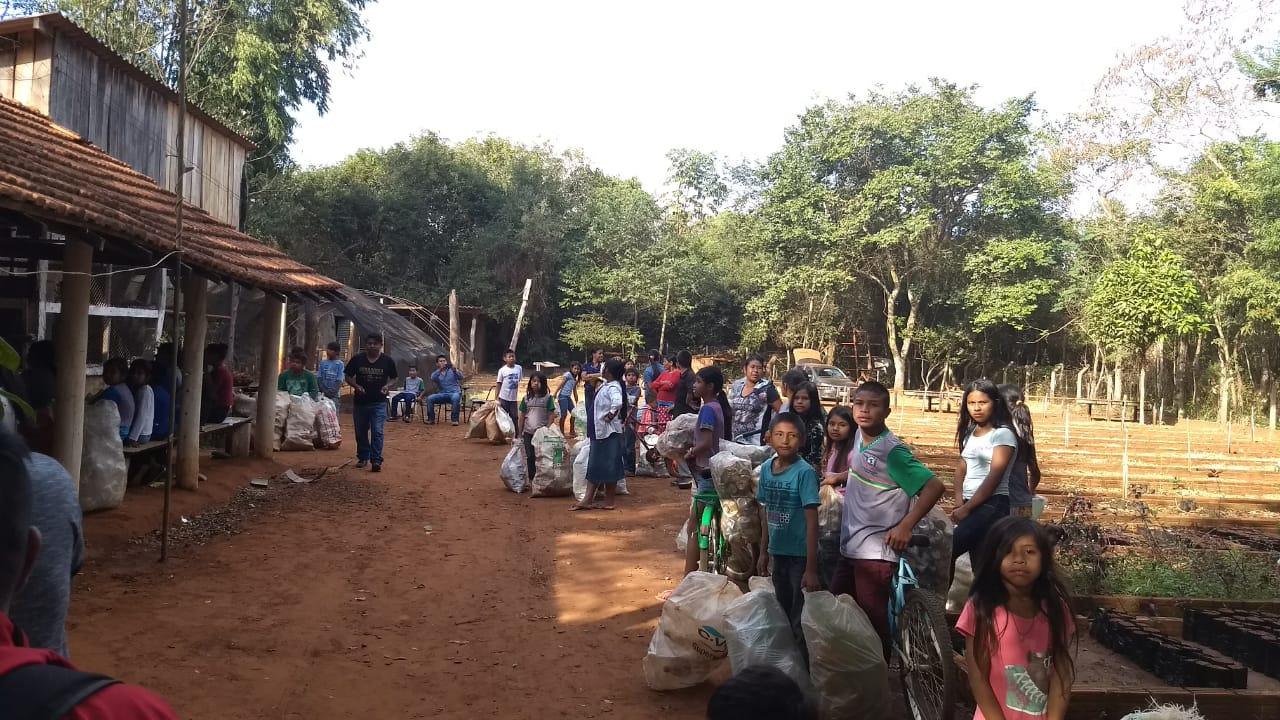 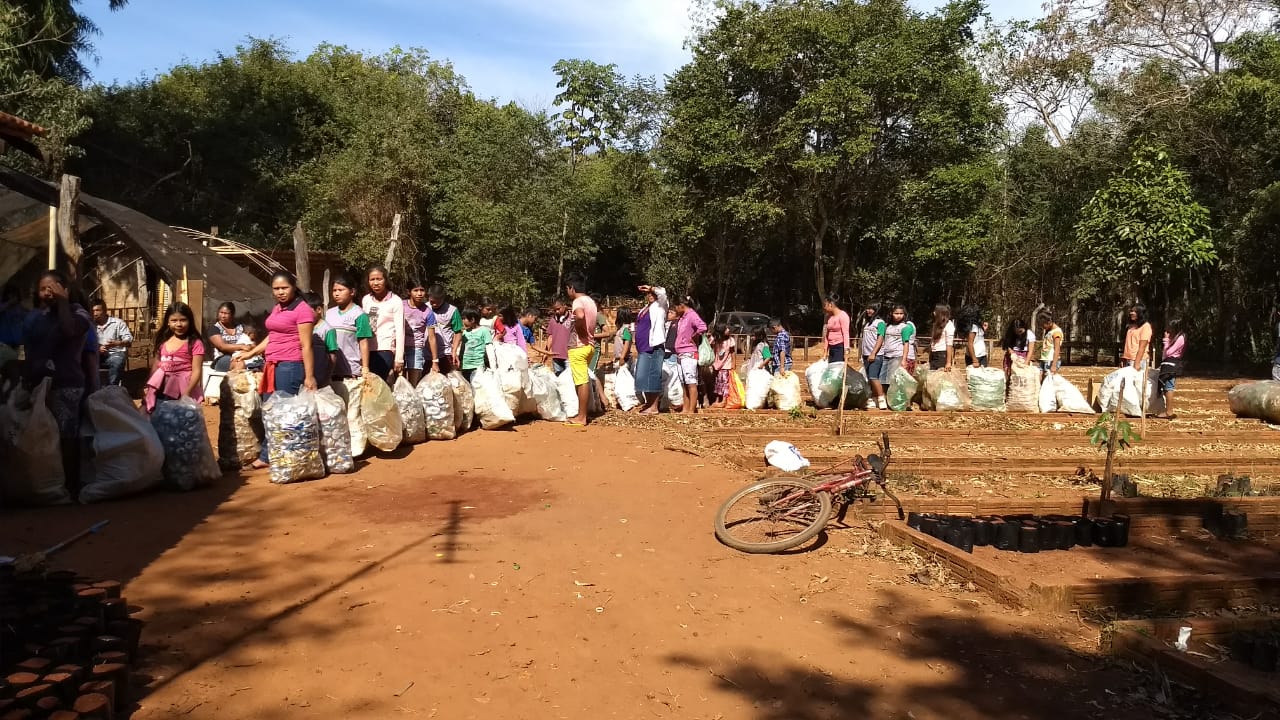 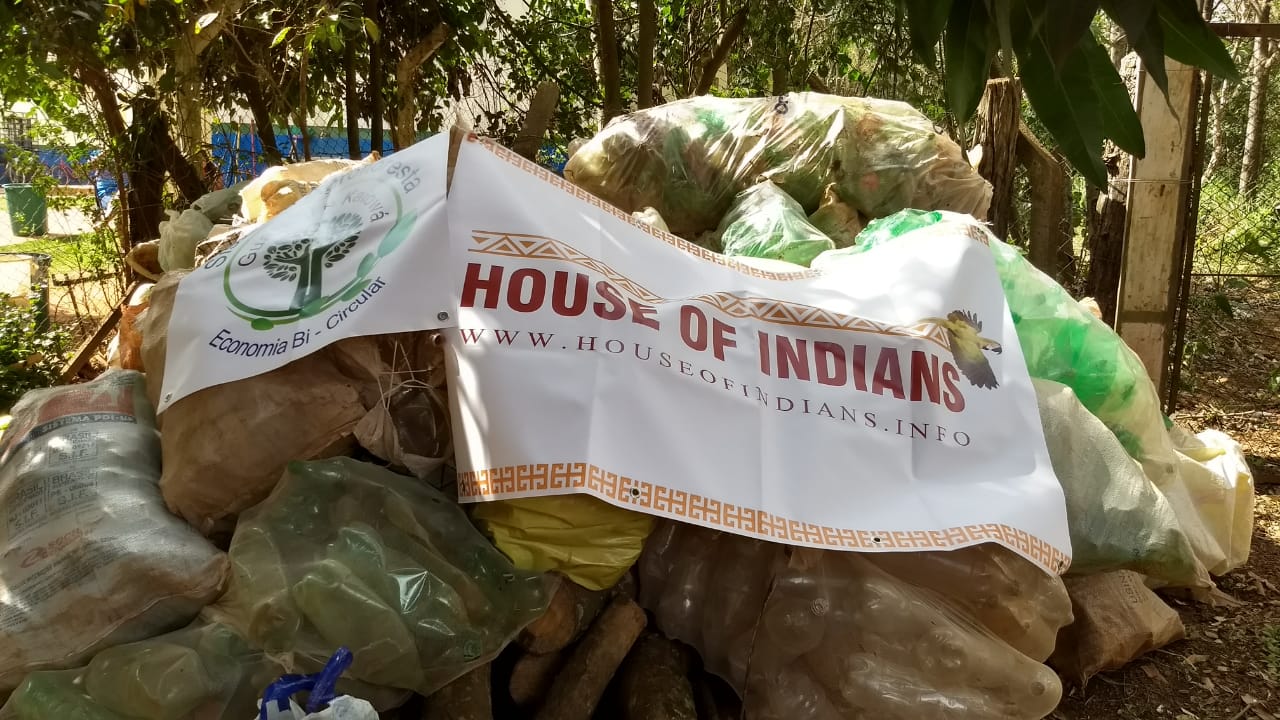 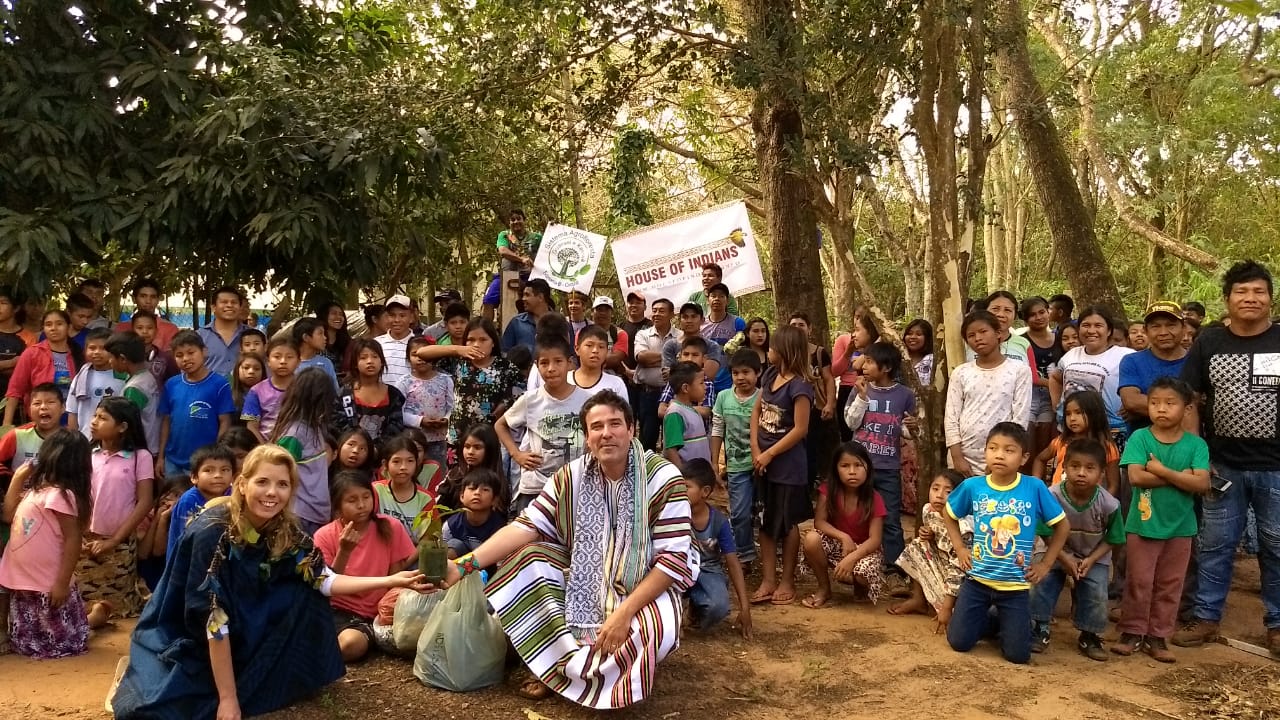 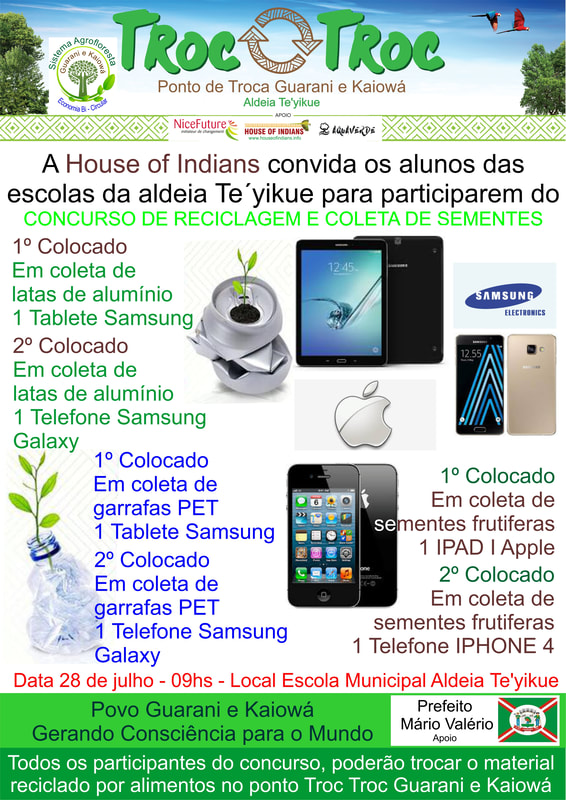 Other names of the Guarani Kaiwa people: Pai-Tavyterã and Tembekuára
Location Brazil: Mato Grosso do Sul, population 31,000 (Funasa, Funai, 2008)
Location Paraguay: Population 15,097 (II National Census of Population and Housing 2012)
Linguistic family: Tupi - Guarani
People
The Guarani people are organized in their territorial space of structure form in round, semicircular "villages" or in rows of houses as conceived in the imaginary of the western man. The contemporary Kawa are, as they have always been, seated in community nuclei constituted - ideally - by 3-5 familiar macro groups that contain autonomous divisions by them called, nowadays, called tekoha. There are in Brazil close to 85 officially recognized Guarani areas, and dozens of others with more or less information. The Guarani in Brazil face, as will be seen below, serious land problems.

Between these Tekoha and throughout the territory of Guarani, the most varied forms of effervescent movements of movements guided by family relations are processed. This constant walking (oguata) can represent visits, changes, passage, marriages, etc., and for its constancy and dynamics, greatly complicates the accomplishment of census applied with non-specific methodology, and that can offer reliable data on the number of the population Guarani (would be a large task). Thus, total data on the Guarani populations will always be approximate. This movement, however, should not be confused with migration or "nomadism".

​Despite the absence of more accurate censuses or demographic surveys, there is evidence, by sampling of areas where a well-applied census was possible, that the Guarani generally have high rates of fecundity and population growth. According to data from Funasa and Funai in 2008, approximately 51,000 individuals, including 31,000 Kaiowa, between 13,000 Ñandeva and 7,000 Mbya, located mainly in Mato Grosso do Sul, were used as basis for calculations.
In Argentina the Guaraní population is almost exclusively Mbya and concentrates in the province of Misiones around 5,500 people. The Ñandeva population in Argentina is estimated at about 1000 people. (CTI / G. Grünberg, 2008). The current Mbya population would, according to these projections, be around 27,380 people. Each subgroup and each region within the Guarani territories will, however, present specificities as to their demographic situation or the relationship between available space to a given community and the extent of existing land.
Most of the eight Guaraní Indigenous Posts in Mato Grosso do Sul, which form a set of eight areas demarcated between 1915 and 1928 by the Indian Protection Service (SPI, an official indigenist body that operated from 1910 to 1967), have very high rates of density, which are ostensibly characterized by situations of overpopulation with harmful consequences for the Indians. The significant population increase observed in these areas is mainly due to the systematic territorial restrictions practiced by the colonial fronts, with the consent of an official indigenist policy based on the "integration of the Indians into Brazilian society" (in this regard, see "territory").
Between 1910 and 2000, the intervention of the Brazilian State turned to the creation of "aldeamentos" (in the image and likeness of the missionary settlements of the XVII and XVIII centuries) or small areas reserved for the Guarani population considered as "dispersed", with which the ethnic patterns of territorial occupation were completely disregarded. SPI / Funai data indicate that between 1924 and 1984 the population of these administrative units increased by pulses; at specified times in that period, contingents of families are compulsorily taken into the reserves. At the same time, there is a greater incidence of evictions and expulsions of Guarani families from their lands by white settlers who occupy them and build farms. In most cases, however, these actions were not successful, since the Ñandeva and Kaiowa persisted in their characteristics of spatial distribution and territorial mobility, even obliged to consider the limits imposed by colonial intervention.